Kazuhiko Yamashita was born in Sumida, Tokyo, Japan, on September 15, 1953. He married Tazuko Tashiro in March 1980. They are the parents of six children.

Be Ambitious for ChristOctober 2016 General Conference

Missionaries Are a Treasure of the ChurchOctober 2011 General Conference 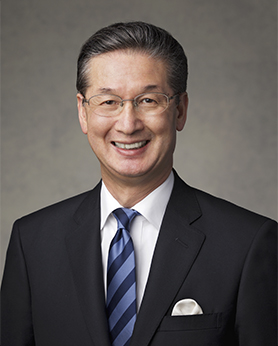