Elder K. Brett Nattress was sustained as a General Authority Seventy of The Church of Jesus Christ of Latter-day Saints on April 2, 2016. At the time of his call, he had been serving as president of the Arizona Gilbert Mission.

Elder Nattress served at Church headquarters as an area assistant in the Utah, Idaho, and North America Central Areas and as an Assistant Executive Director of the Missionary Department. He is currently serving as a member of the Pacific Area Presidency.

Elder Nattress attended Brigham Young University and received a bachelor of science degree from the University of Utah in 1990. He has been employed in health-care administration as co-founder and president of Advanced Health Care Corporation beginning in December 2000. He was also the founder and president of Advanced Health Care Management, Inc.

Kevin Brett Nattress was born in Pocatello, Idaho, on March 4, 1965. He married Shawna Lee Adamson in April 1987. They are the parents of seven children. 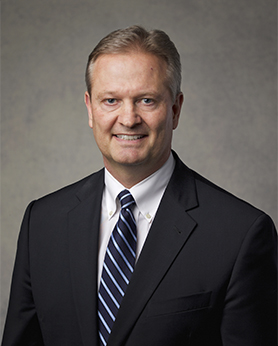