Julie Bangerter Beck was serving as the first counselor in the General Young Women Presidency prior to receiving her call to direct the Church’s women’s service organization.

As a child she learned to speak Portuguese when she lived in Brazil with her parents and 10 brothers and sisters while her father served as mission president.

She is a graduate of Dixie College and Brigham Young University.

Beck was a full-time homemaker prior to her service in the Young Women general presidency.

Beck and her husband are the parents of three children.

All General Conference talks by Julie B. Beck 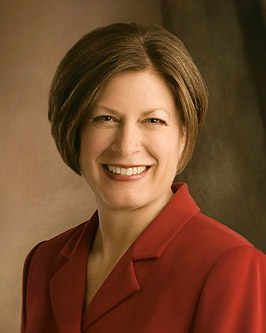