Elder Jose L. Alonso was sustained as a General Authority Seventy of The Church of Jesus Christ of Latter-day Saints on April 2, 2011. At the time of his call, he had been serving as a member of the Fourth Quorum of the Seventy in the México Area. He has served as a member of the Central America Area Presidency and recently served as First Counselor in the Caribbean Area Presidency. He is currently serving as President of the Caribbean Area.

Elder Alonso received a medical degree as a homeopathic physician and surgeon in 1986. Then in 1991, after attending the National Institute of Pediatrics, he received a degree in pediatric development. He has worked with the Red Cross Emergency Unit, the San Francisco Medical Clinic, and the Church Educational System as an area director.

Jose Luis Alonso was born in Mexico City, Mexico, on November 17, 1958. He married Rebecca Salazar in February 1981. They are the parents of two children.

Love One Another as He Has Loved UsOctober 2017 General Conference

Doing the Right Thing at the Right Time, without DelayOctober 2011 General Conference 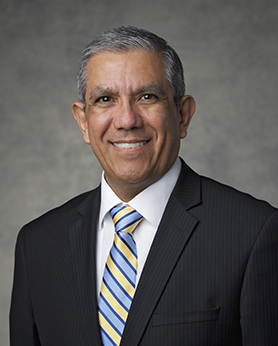