Elder Jorge T. Becerra was sustained as a General Authority Seventy of The Church of Jesus Christ of Latter-day Saints on April 4, 2020, at age 57. At the time of his call, he had been serving as an Area Seventy and a member of the Fifth Quorum of the Seventy in the Utah Area.

Elder Becerra pursued a degree in general studies at the University of Utah. He later received an associate of arts degree in accounting from Salt Lake Community College in 1987. He also studied business at the University of Phoenix. In 1998 he became a partner at Allegis Advisor Group, a financial advisory company. At the time of his call as a General Authority, he had been working as an investment adviser for Intermountain Financial Partners.

Jorge Eduardo Torres Becerra was born in Salt Lake City, Utah, on December 18, 1962. He married Debbie Ilene Schneberger in 1984. They are the parents of five children. 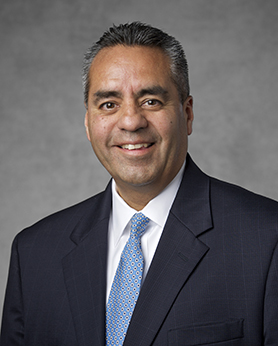