Elder John C. Pingree Jr. was sustained as a General Authority Seventy of The Church of Jesus Christ of Latter-day Saints on April 1, 2017. At the time of his call, he had been serving as a member of the Fifth Quorum of the Seventy in the Utah Salt Lake City Area. He is currently serving in the Mexico Area Presidency.

Elder Pingree received a bachelor of arts in English in 1990 and a bachelor of science in political science in 1991, both from the University of Utah. He also received a master of business administration degree from Harvard Business School in 1993. During his career, he worked in the fields of biotechnology, health care, and finance and also served with several nonprofit health organizations.

John Cannon Pingree Jr. was born in Salt Lake City, Utah, on August 11, 1966. He married Anne Pugsley in March 1990. They are the parents of five children.

“I Have a Work for Thee”October 2017 General Conference 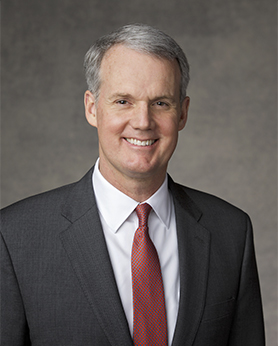