Elder Costa received a bachelor’s degree in economics in 1987 from Universidad de Buenos Aires and a master’s degree in business administration in 1994 from Brigham Young University. In his professional career he worked in the banking industry in Argentina, the Czech Republic, and the Sultanate of Oman in the Middle East. At the time of his call, he was working in Lima, Peru, with a Danish investment firm focused on microfinance.

Elder Costa has served in numerous Church callings, including bishop, counselor in a stake presidency, high councilor, and Area Seventy.

Joaquin Esteban Costa was born in Concordia, Entre Rios, Argentina, on March 8, 1965. He married Renee Beatriz Varela in September 1989. They are the parents of four children.

To the Friends and Investigators of the ChurchApril 2017 General Conference 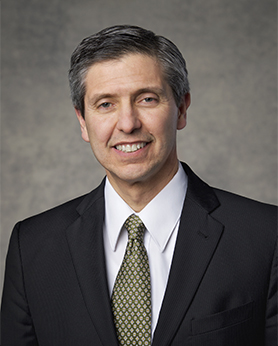