Sister Jean A. Stevens was sustained as first counselor in the Primary general presidency in general conference on Saturday, April 3, 2010.

She was born and raised in Salt Lake City, where she graduated from the University of Utah with a bachelor's degree in mathematics and a teaching certificate. She has served in Relief Society, Young Women, and Primary, most recently as a member of the Primary general board. Sister Stevens and her husband, Mark, are the parents of five children and have nine grandchildren.

“Fear Not; I Am with Thee”April 2014 General Conference

All General Conference talks by Jean A. Stevens 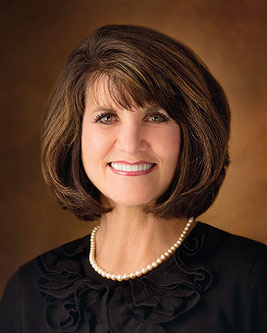