Prior to serving as a member of the Presidency of the Seventy, Elder Jay E. Jensen served in Area Presidencies in Central and South America and in different areas in the USA and Canada.

Prior to Elder Jensen’s call, he was the Church’s director of scriptures coordination.

He has served in the missionary programs of the Church, including a full-time mission to the Texas/New Mexico area, where he worked among the Spanish-speaking people. In the Church Educational System, he taught seminary, wrote curriculum, and trained prospective seminary teachers before he was called as a mission president of the Colombia Cali Mission from 1975–78. After his release, he returned to the Church Educational System, where he worked as director of curriculum. He also worked for a time as director of training for the Missionary Department.

Educationally he holds bachelor’s, master’s, and doctorate degrees, all from Brigham Young University.

Elder Jensen was born in Mapleton, Utah, on February 5, 1942, the sixth of 10 children. He is married to the former Lona Lee Child. They are the parents of six children. 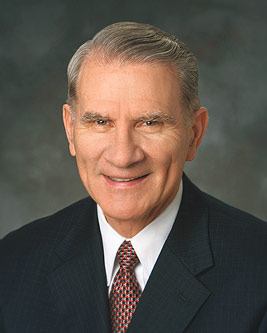