Bishop Burton has served in the Church as a missionary in Australia, bishop, bishop's counselor, stake high councilor, stake president, and temple sealer. A native of Salt Lake City, he and his wife, Barbara Matheson Burton, are the parents of five children.

And Who Is My Neighbor?April 2008 General Conference

If These Old Walls Could TalkApril 2007 General Conference

And That’s the Way It IsApril 2003 General Conference 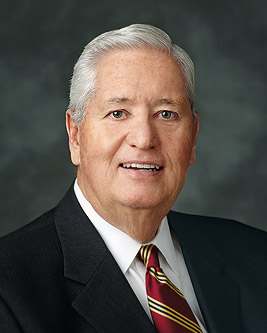