After serving in the Second Quorum of the Seventy since June of 1992, Elder Gary J. Coleman was called to serve as a member of the First Quorum of the Seventy of The Church of Jesus Christ of Latter-day Saints in April of 1997. He served as a counselor in the Caribbean Area. He previously served as assistant executive director of the Curriculum Department, president of the Mexico North Area, and counselor in the North America Northeast, North America Southeast and Mexico South Area Presidencies.

A convert to the Church, Elder Coleman was baptized in 1962. Since that time, he has been in five full time mission presidencies and served as president of the California Arcadia Mission, 1987-1990, and as president of the New York Rochester Mission in the spring of 1998.

An educator by profession, Elder Coleman taught in the Church Educational System for 28 years. He was associate director of the Institute of Religion at Weber State University in Ogden, Utah at the time of his call to serve as a full-time General Authority of the Church in 1992.

Born in Wenatchee, Washington, Elder Coleman earned his undergraduate degree at Washington State University. He also holds both a master’s degree of education in counseling and guidance, and a doctorate degree in educational psychology from Brigham Young University.

He is married to Judith England Coleman. They are the parents of six children and have seventeen grandchildren.

“Mom, Are We Christians?”April 2007 General Conference

“Are You Still Here?”April 2000 General Conference 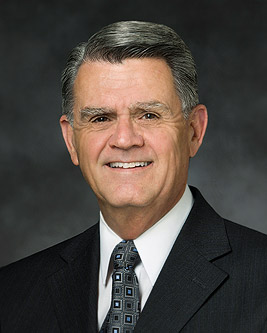