Elder Francisco J. Viñas was sustained as a General Authority Seventy of The Church of Jesus Christ of Latter-day Saints on April 6, 1996. At the time of his call, he had been serving as an Area Seventy in the Europe West Area. He has also served as President in the South America North, Chile, and Caribbean Areas and as counselor in the Europe West Area. He is currently serving as a member of the South America South Area Presidency.

He worked in the Church Educational System from 1977 to 1996, most recently as country director in Spain. Earlier he served as a coordinator in Uruguay and a basketball coach at a physical education institute. Early in his career, he worked for the Bayer Company.

Francisco José Viñas Serrano was born in Seville, Spain, on December 28, 1946. He married Cristina Helena Gaminara in December 1966. They are the parents of three children.

Listening to the Voice of the LordOctober 1996 General Conference 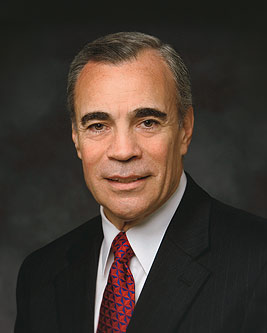