Elder Gavarret received a license in administration and management from the Universidad Autónoma de Asunción in 1986 and a license from Dale Carnegie in human relations in 1987. In 2000 he also received an MBA in marketing from INPG-MBA in Brazil.

He was employed by Tecnofarma for 18 years, working for that company in Paraguay, Bolivia, Peru, and Brazil. He then worked as a general manager for IVAX Corporation in Peru and later as the business director for Brazil. In 2006, GP Pharm S.A. employed him in Peru as general manager and also as regional manager for Central America and Uruguay.

Eduardo Gavarret Inzaurralde was born in Minas, Lavalleja, Uruguay, on May 11, 1956. He married Norma Beatriz Gorgoroso Martirena in October 1978. They are the parents of three children. 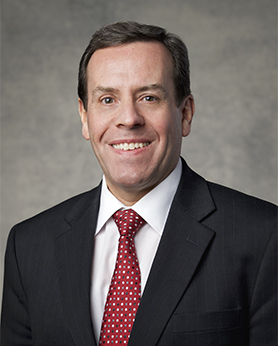