First Quorum of the Seventy

Elder Don R. Clarke was sustained a member of the Second Quorum of the Seventy of The Church of Jesus Christ of Latter-day Saints on April 1, 2006, and a member of the First Quorum of the Seventy on April 2, 2011. He served as president of the Central America Area from 2007 to 2011 and also as a counselor during 2006-2007. He is currently serving as an assistant Executive Director in the Missionary Department and as area assistant for the Utah North, Utah Salt Lake City, and Utah South Areas.

Don Ray Clarke was born in Rexburg, Idaho, on December 11, 1945. He married Mary Anne Jackson in 1970. They are the parents of six children. 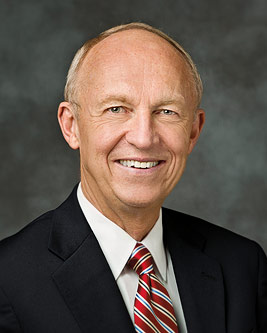