Brother McConkie works with LDS Family Services as the Group Manager of Services for Children. Prior to this, he practiced law for many years with a private law firm in Salt Lake City. He received his law degree from the University of Utah. Brother McConkie and his wife, JoAnne, are the parents of seven children.

Teaching with the Power and Authority of GodOctober 2013 General Conference 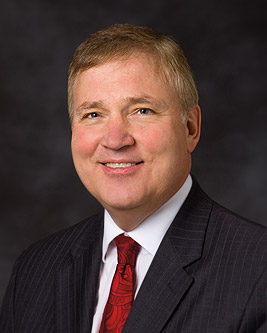