David L. Beck was serving as a ward mission leader when he was called as the general president of the Church’s Young Men organization. He served previously as a stake president, high councilor, and bishop and as president of the Brazil, Rio de Janeiro North Mission.

Brother Beck is an executive with a manufacturing and distribution company. He received a bachelor’s degree in electrical engineering and a master’s degree in engineering administration from the University of Utah. He and his wife, Robyn, are the parents of four children. 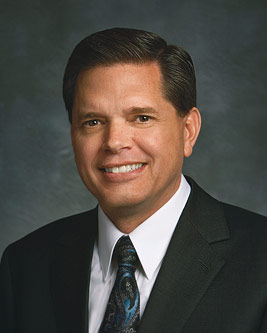