Elder Daniel L. Johnson was sustained as a General Authority Seventy of The Church of Jesus Christ of Latter-day Saints on April 1, 2006. He was serving as an Area Seventy in the Mexico North Area prior to his call as a General Authority. He also served as President of the Caribbean and Mexico Areas. He is currently serving at Church headquarters.

Elder Johnson graduated from Brigham Young University with a bachelor’s degree in accounting and business management. He has owned his own business and has been employed as an executive by several international companies. He has also worked for the Church and for a Church-affiliated business in various management positions.

Daniel Leroy Johnson was born in Colonia Juárez, Chihuahua, Mexico, on December 15, 1946. He married Marva LeAnn Holman in December 1970. They are the parents of six children. 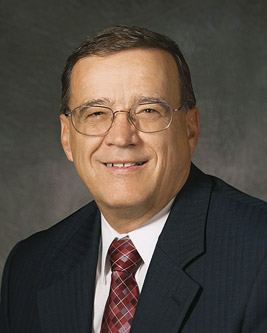