Elder Schmeil received a bachelor of arts degree in architectural studies from the University of Utah in 1995. In 2010 he received a master of business administration degree from Ohio University. He has worked in Walmart’s corporate office in several positions, including director of real estate and vice president. He has also worked as chief operating officer of Scopel and general manager of Cia City. At the time of his call as a General Authority, he had been working as head of real estate for JBS S.A.

Elder Schmeil has served in a number of Church callings, including full-time missionary in the Utah Ogden Mission, elders quorum president, bishop, counselor in a stake presidency, stake president, and branch president.

Ciro Schmeil was born in Ponta Grossa, Brazil, on April 16, 1971. He married Alessandra Machado Louza in 1994. They are the parents of two children. 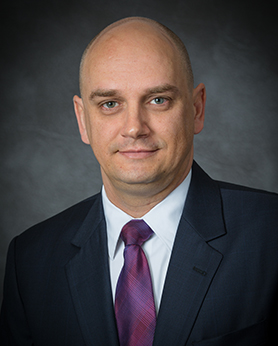