Elder C. Scott Grow was sustained as a General Authority Seventy of The Church of Jesus Christ of Latter-day Saints on April 2, 2005. He was released October 6, 2018. He was called as an Area Authority in August 1995 and as a member of the Fifth Quorum of the Seventy in April 1997. As an Area Seventy, he served in the North America Northwest Area Presidency and as President of the Idaho Area. As a General Authority, he served as President of the Mexico North Area, as a counselor in the Mexico Area Presidency, and as a counselor in the South America Northwest Area Presidency. Elder Grow has served as an area assistant with the Idaho and North America Central Areas, Assistant Executive Director of the Family History Department, Assistant Executive Director of the Correlation Department, and as a member of the Communication Services Committee.

Elder Grow received a bachelor of science degree in accounting from Brigham Young University in 1971. He was a certified public accountant, an accredited estate planner, and a registered investment advisor representative. After working with an international CPA firm in Los Angeles, California, Elder Grow was president and founder of Grow Rasmussen LLP, a CPA firm in Boise, Idaho. He was twice elected as a school board trustee and was also appointed by the governor of Idaho to serve on two state advisory boards.

Elder Grow has served in numerous Church callings, including full-time missionary in the Southeast Mexican Mission, counselor in a bishopric, executive secretary to a regional representative, stake Young Men president, high councilor, counselor in a stake presidency, president of the Uruguay Montevideo Mission (1988–1991), and stake president.

Cecil Scott Grow was born in Moscow, Idaho, on May 5, 1948. He married Rhonda Lee Patten in October 1969. They are the parents of eight children. 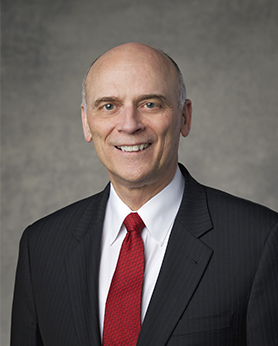