Elder Bruce D. Porter was sustained as a General Authority Seventy of The Church of Jesus Christ of Latter-day Saints on April 1, 1995. Prior to his full-time Church service, Elder Porter was serving as a professor of political science at Brigham Young University. He served earlier as executive director of the U.S. Board for International Broadcasting and as a research fellow at Harvard University. He also served as an analyst for the Northrop Corporation and as a staff member of the U.S. Senate Armed Services Committee.

Elder Porter has served in the Church as a bishop, branch president, counselor in a stake presidency, and full-time missionary in the Düsseldorf Germany Mission. Since being called as a General Authority, he has served in the Salt Lake City Area Presidency, on the Middle East/Africa North Desk, as Executive Director of the Correlation Department, and as President of the Europe East Area. At the time of his death he was serving at Church headquarters.

Bruce Douglas Porter was born in Albuquerque, New Mexico, on September 18, 1952. He married Susan Elizabeth Holland in February 1977. They are the parents of four children. 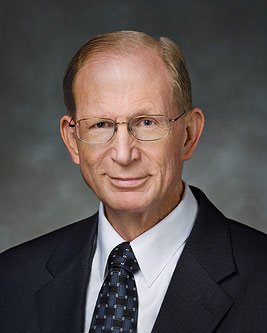