Second Quorum of the Seventy

Elder Bruce A. Carlson was sustained a member of the Second Quorum of the Seventy of The Church of Jesus Christ of Latter-day Saints on April 4, 2009, at age 59. At the time of his call, he had been serving as a ward Sunday School teacher and as a member of the Military Advisory Committee. He currently serves in assignments with the Middle East / North Africa Area, North America Central Area, and Idaho Area.

Bruce Allen Carlson was born in Hibbing, Minnesota, on October 3, 1949. He married Vicki Lynn Martens in June 1970. They are the parents of three children and have ten grandchildren.

All General Conference talks by Bruce A. Carlson 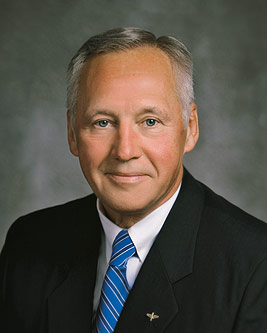