“We Are His Hands” Exhibit 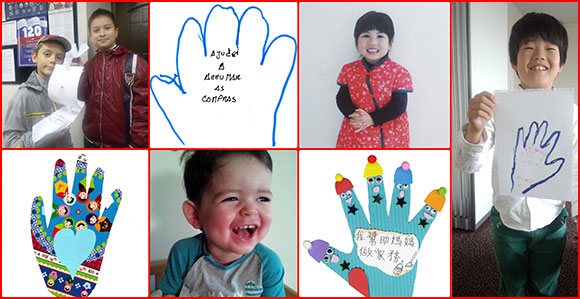 Children around the world have shared touching acts of service on more than 25,000 handprints, which will be displayed at an exhibit titled “We Are His Hands” September 25 through October 9 in the Joseph Smith Memorial Building lobby in Salt Lake City, Utah, USA.

“We’ve been overwhelmed by the outpouring of handprints from children who have reached out to share the love of the Savior.” —Jan Pinborough, managing editor of the Friend

A service campaign launched in January invited children to find ways to serve, then trace their hand on a piece of paper, write their act of service on the handprint, and send it to the Friend or Liahona.

Children around the world enthusiastically responded, sharing their touching acts of service on more than 25,000 handprints.

“We’ve been overwhelmed by the outpouring of handprints from children who have reached out to share the love of the Savior,” said Jan Pinborough, managing editor of the Friend magazine. “We know that children’s loving service is blessing families and neighborhoods throughout the world.”

The inspiration for the campaign came from an April 2010 address by President Dieter F. Uchtdorf titled “You Are My Hands.” President Uchtdorf told the story of a certain statue of Jesus Christ damaged in World War II. The townsfolk, unable to replace the statue’s hands when restoring it, added these words to the base: “You are my hands.”

Children’s acts of service have been as unique as the handprints they’ve submitted.

Natalie Shum from Hong Kong sent in her handprint saying, “I helped my mom around the house and I helped push someone in a wheelchair.”

Erik Shadruhin, age 11, from Russia, explained, “In the city where I live there are cold winters.” A family moved into his branch, he shared, “and this family did not have warm clothing. I was able to give my coat to Artur. Artur became my friend.”

Ten-year-old Gabriela Pacheco from Venezuela printed on her handprint: “At my school, my friends and I were in chess class. I was looking for a partner to play with when I saw a new boy who seemed sad. I wanted to help but did not know how. Then a voice told me I just needed to be his friend. I went over and talked to him. Now we are best friends.”

An exhibit titled “We Are His Hands” will display children’s handprints September 25 through October 9 in the Joseph Smith Memorial Building lobby in Salt Lake City, Utah, USA. 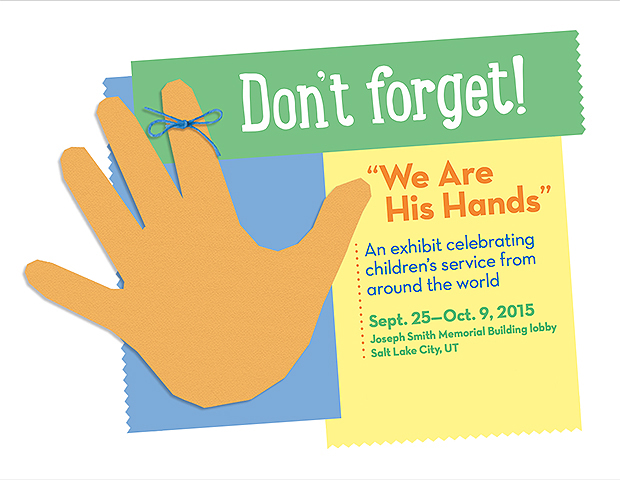