“Why I Believe” Fireside featuring the Walkers

Come to our May "Why I Believe" Fireside featuring Kelly and Lance Walker. The fireside will be held on Sunday, May 18, 2014 at 7:00 p.m. in the main theater of the Washington D.C. Temple Visitors' Center. 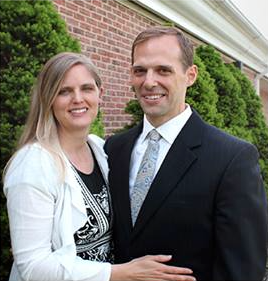 Kelly and Lance Walker have served in various callings in the wards they have attended. Kelly has served in Primary, Young Women's and Relief Society presidencies. Lance has served as a Primary teacher, as a counselor in bishoprics, and in other teaching callings.

Kelly earned a Bachelor's degree in psychology and a Master's degree in Marriage and Family Therapy from Brigham Young University. She has worked as a family counselor at a preschool for disadvantaged families and as an adjunct professor of psychology and marriage courses at Northern Virginia Community College.

Lance is the director of the Washington D.C. Office of Public and International Affairs of The Church of Jesus Christ of Latter-day Saints. He previously worked as a Congressional aide in the United States House of Representatives and the Senate, as well as in private sector roles. Lance earned a Bachelor's degree in business from Brigham Young University. He served a full-time mission in the Australia Adelaide Mission.

Lance and Kelly are the parents of two daughters and two sons.