Ahmad Corbitt Lecture: “All Are Alike Unto God”

Ahmad Corbitt will explain the unique and powerful position of the Church of Jesus Christ of Latter-day Saints in fostering worldwide racial and ethnic harmony.

How do you answer questions about The Church of Jesus Christ of Latter-day Saints in relation to people of African descent? 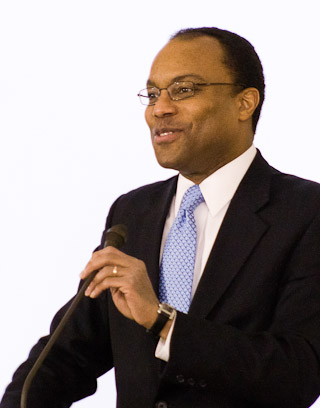 Brother Corbitt will help members of the Church AND those not of the faith understand how the Church is uniquely empowered to foster racial and ethnic harmony and unity throughout the world. He will discuss the Church's destined role in this important aspect of latter day humanity, and endeavor to help attendees better articulate the Church's strengths in this area. 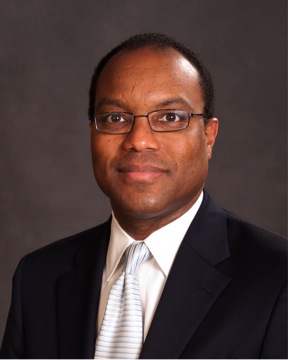 Ahmad S. Corbitt served as president of the Cherry Hill New Jersey stake (covering Southern New Jersey) of The Church of Jesus Christ of Latter-day Saints from November 2005 until last month. He served in two stake presidencies from 1998 until his call as stake president. Professionally, he is the director of the New York Office of Public and International Affairs. He represents the Church and its leaders to the international community in New York, including the United Nations and the Consular corp. He also works in interfaith relations and the promotion of religious freedom. Brother Corbitt represents the Church on the Boards of Trustees of the National Bible Association, which encourages all people to read the Bible, and the Odyssey Networks, which produces faith and values media.  He has various other professional and academic affiliations, including the Board of Trustees of Southern Virginia University and the National Advisory Council of the Marriott School of Management at Brigham Young University.

Earlier in his career, brother Corbitt worked as a trial lawyer in New Jersey and Pennsylvania, then as vice president and general counsel of a public relations firm in New York City. He also worked in public relations and legal affairs for a company in Delaware. He honorably completed a four-year appointment by the New Jersey Supreme Court as a member of the New Jersey (District IV) Ethics Committee, which oversaw ethics complaints against lawyers.  He is admitted to the bars of NJ, PA and NY and is also a member of the Public Relations Society of America and the International Radio and Television Society.

Brother Corbitt and his wife, Jayne, have six children and five grandchildren. Sister Corbitt served as a missionary in this mission – the Washington DC Mission – and Brother Corbitt served in the Puerto Rico San Juan Mission. They were recently called by the First Presidency to serve as Mission President and Companion in the Dominican Republic Santo Domingo East Mission.