Become one of a record-setting 100,000 online volunteers expected to participate in the second annual Worldwide Indexing Event, August 7–14, sponsored by FamilySearch.org.

“We need tens of thousands of volunteers with well-developed language skills to step forward and use those talents to bless others’ lives. We have the records—now we just need the hands.” —Mike Judson, indexing workforce development manager

Become one of a record-setting 100,000 online volunteers expected to participate in the second annual Worldwide Indexing Event, August 7–14, sponsored by FamilySearch.org.

Indexing—the process of making information from historical documents easily searchable online—can be done by anyone with a computer and Internet connection. (Learn how easy indexing is.)

FamilySearch indexing is one of the largest and most successful volunteer transcription programs in history, with more than 1.3 billion records indexed since 2007.

Fueling the find: Why indexing is so important

Every name that a volunteer indexes from a historical record can ultimately help someone easily and quickly find a missing ancestor. That’s because indexed (transcribed) historical records are like the fuel that powers genealogical search engines such as FamilySearch.org, enabling people to find missing or unknown branches in their family trees. Beyond simple name searches, indexed records also allow FamilySearch.org to provide patrons with highly relevant and accurate hints, essentially bringing the records of their ancestors to them automatically. 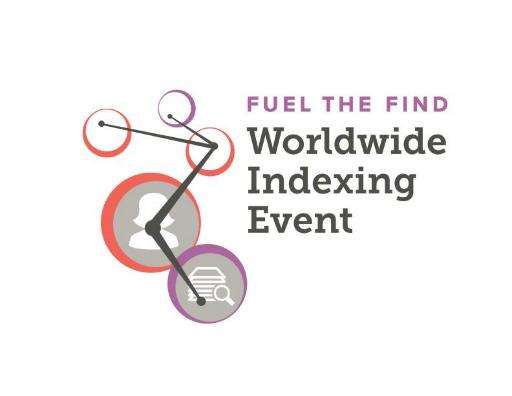 Volunteers needed who are fluent in other languages

This year’s event includes an expanded push for indexed records in languages other than English. Currently FamilySearch.org offers 20 times more searchable records in English than in all other languages combined. That's why people with fluency in other languages, especially French, Italian, Portuguese, and Spanish, are being sought as indexing volunteers.

“Family history research in English-speaking countries is a dream compared to research in other parts of the world,” said Mike Judson, manager of FamilySearch’s indexing workforce development. “Our goal is to make research for our friends in other lands as joyful and productive as it is in the United States, Great Britain, and other English-speaking countries. To do this we need tens of thousands of volunteers with well-developed language skills to step forward and use those talents to bless others’ lives. We have the records—now we just need the hands.”

To help volunteers with language skills to get started, FamilySearch indexing has launched carefully chosen indexing projects in its four focus languages of French, Italian, Portuguese, and Spanish. Special training guides are now available to help new and experienced English indexers with skills in these languages to quickly familiarize themselves with how to index these particular records.

Last year’s Worldwide Indexing Event had more than 91,721 participants. This year, more than 100,000 participants are expected. To be counted, each volunteer must submit at least one indexing or arbitration batch sometime during the week of August 7–14, 2015. Visit FamilySearch.org/indexingevent2015 to learn more, including strategies for avoiding high demand periods that may tend to slow down the indexing system.