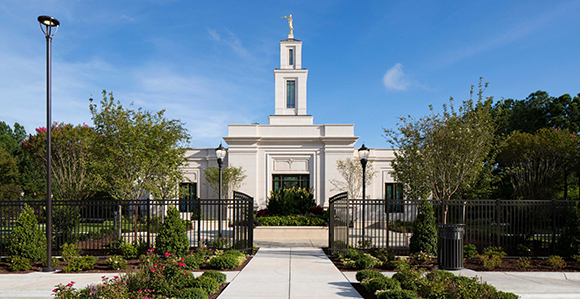 The renovated Raleigh North Carolina Temple of The Church of Jesus Christ of Latter-day Saints will be rededicated on Sunday, October 13, 2019.

President M. Russell Ballard, Acting President of the Quorum of the Twelve Apostles, will preside at the single rededicatory session, which will not be broadcast. The temple will open for patrons on Tuesday, October 22, 2019.

Plans for the temple, located at 574 Bryan Drive in Apex, North Carolina, were announced on September 3, 1998, and ground was broken six months later on February 6, 1999. Gordon B. Hinckley, Church President from 1995 to 2008, dedicated the temple on December 18, 1999. The temple closed in January 2018 for extensive renovations.