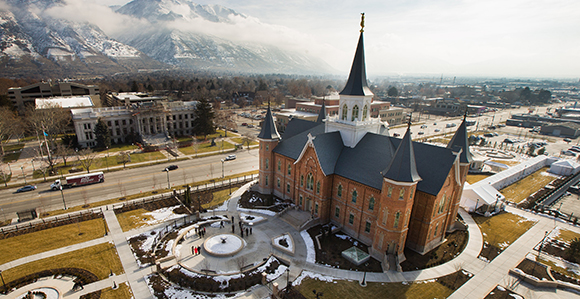 A cultural celebration for the Provo City Center Temple will take place on Saturday, March 19.

Church President Thomas S. Monson announced the second Provo temple in October 2011, and ground was broken to begin construction May 12, 2012.

The temple is located on University Avenue between Center Street and 100 South.

The Church’s 112-year-old Provo Tabernacle burned in December 2010 and only the shell of the building was left. After the burned-out structure was gutted, Mormon leaders decided to use the building’s exterior to house the temple.

To learn more about the history and legacy of this temple, explore the online exhibit “Tabernacle to Temple: Provo's Legacy of Worship” on history.ChurchofJesusChrist.org.