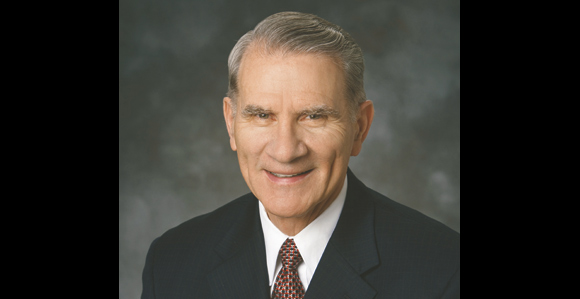 Elder Jay E. Jensen of the Presidency of the Seventy will address young adults throughout the Church from the Marriott Center on the Brigham Young University campus in Provo, Utah, USA.

Elder Jay E. Jensen of the Presidency of the Seventy will speak at a Church Educational System broadcast for young adults—married and single—on Sunday, January 8, 2012, at 6:00 p.m. mountain standard time.

The broadcast will originate from the Marriott Center on the Brigham Young University campus in Provo, Utah, USA, with subsequent rebroadcasts to many areas of the world.

Three weeks after the broadcast, audio and video archives will be available at cesdevotionals.ChurchofJesusChrist.org in multiple languages.

The devotional will also be available for streaming through the Roku player. Download the Mormon Channel app from the Roku Channel Store, and then access the live video broadcast in American Sign Language, English, French, Portuguese, and Spanish by going to “Mormon Channel,” “Broadcasts and Events,” and then “Live Broadcasts.”

Archives of the video broadcast in English will be available under “Broadcasts and Events” several days after the devotional. Additionally, podcast feeds for audio and vido are available in many languages on ChurchofJesusChrist.org and on iTunes.