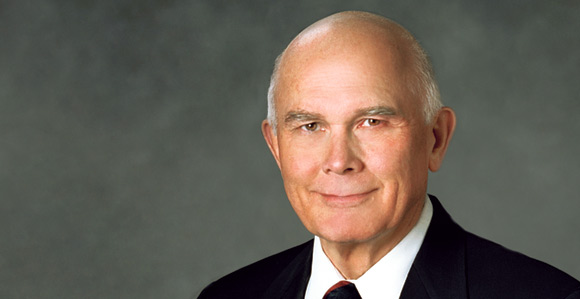 Elder Dallin H. Oaks of the Quorum of the Twelve Apostles will speak at the September CES Devotional, originating from Brigham Young University in Provo, Utah. The devotional is for young adults ages 18–30, both married and single.

It will be transmitted over the Church satellite system on Sunday, September 11, 2011, at 6:00 p.m. MDT, with subsequent broadcasts to many areas of the world.

A live audio and video broadcast can be found at cesdevotionals.ChurchofJesusChrist.org in ASL, English, French, Portuguese, and Spanish.

A live audio broadcast can be found at mormonchannel.org in English.

About three weeks after the broadcast, audio and video archives will be available in 27 languages at cesdevotionals.ChurchofJesusChrist.org.

Read, watch, or listen to past CES firesides for young adults.