Elder Marlin K. Jensen to Speak at May Devotional 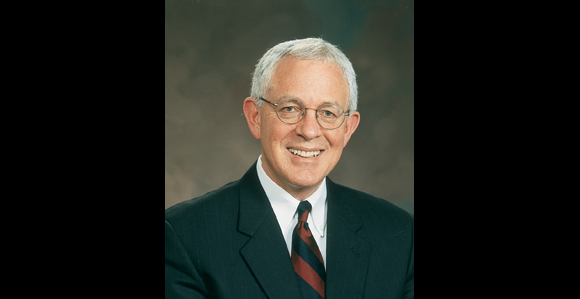 Elder Marlin K. Jensen of the Seventy, Church Historian and Recorder, will speak at a CES devotional on May 6, 2012, at 6:00 p.m. mountain daylight time.

Elder Marlin K. Jensen of the Seventy, Church Historian and Recorder, will speak to young adults—both married and single—ages 18 to 30 at a Church Educational System devotional on Sunday, May 6, 2012, at 6:00 p.m. mountain daylight time.

The devotional will be transmitted live on ChurchofJesusChrist.org and over the Church satellite system, with subsequent rebroadcasts to many areas of the world.

Live audio and video broadcast will be available at mormonchannel.org in English and at cesdevotionals.ChurchofJesusChrist.org in American Sign Language, English, French, Portuguese, and Spanish.

Within three weeks of the broadcast, the video and audio archives of the devotional will be available at cesdevotionals.ChurchofJesusChrist.org in multiple languages.

This broadcast will be available in English on Mormon Channel HD Radio and the following BYU Broadcasting services: BYU Television (BYUtv), BYU Radio, KBYU‑TV (Eleven), and KBYU‑FM Radio (Classical 89). It will be available in Spanish and Portuguese on BYU Television International. Check local program listings for availability in your area, or visit mormonchannel.org or byubroadcasting.org for more information.

The devotional is also available for streaming through the Roku player in American Sign Language, English, French, Portuguese, and Spanish. Download the Mormon Channel app from the Roku Channel Store. Then access the live video broadcast by clicking on “Mormon Channel,” “Broadcasts and Events,” and then “Live Broadcasts.”

The archived devotional (English only) on Roku will be available within several days of the broadcast. Access “CES Devotionals” after “Broadcasts and Events.” In addition, audio and video podcasts can be found on cesdevotionals.ChurchofJesusChrist.org in multiple languages.

Closed-captioning is available with the satellite broadcast in many areas, but not on the Internet. Where available, it is provided in English, Portuguese, and Spanish.