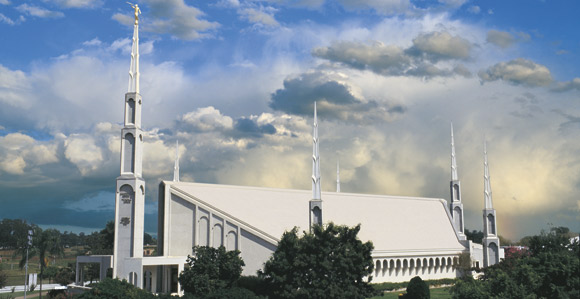 The Buenos Aires Argentina Temple, originally dedicated by President Thomas S. Monson (then Second Counselor in the First Presidency) in 1986, will be rededicated on September 9, 2012, following extensive expansion and remodeling.

The First Presidency of The Church of Jesus Christ of Latter-day Saints has announced the open house, cultural celebration, and rededication dates for the Buenos Aires Argentina Temple.

Closed on November 1, 2009, to complete necessary expansion and remodeling work, the temple will be open to the public for tours from Saturday, August 4, 2012, through Saturday, August 25, 2012, excluding Sundays.

The temple will be formally rededicated on Sunday, September 9, 2012, in three sessions. The rededicatory sessions will be broadcast to all stakes and districts in Argentina.

In conjunction with the rededication of the temple, there will also be a cultural celebration featuring music and dance on Saturday, September 8, 2012.