Bruce C. Hafen to Speak at the Church History Museum 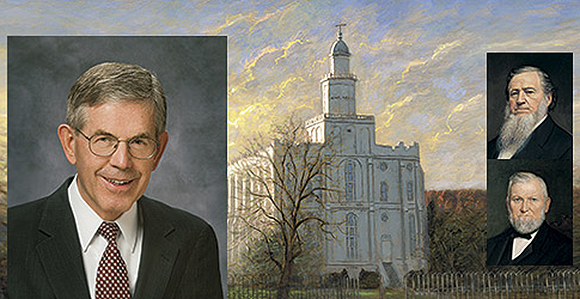 Elder Bruce C. Hafen will speak on "Brigham Young, Wilford Woodruff, and the St. George Temple” at the Church History Museum on May 16.

Elder Bruce C. Hafen will speak at the Church History Museum as part of the 2014 Evenings at the Museum series on Friday, May 16, at 7:00 p.m. His presentation is entitled “Brigham Young, Wilford Woodruff, and the St. George Temple.” The event is free and open to the public, but reservations are recommended. For reservations, call 801-240-9573 beginning Monday, April 28, 2014.

In his presentation, Elder Hafen will share stories and insights about President Brigham Young and President Wilford Woodruff, two Church Presidents who played key roles in the early history of the St. George Temple. Construction on the temple began under the direction of Brigham Young in 1871 and was completed in 1877, the year Brigham Young died. Wilford Woodruff was the first president of the St. George Temple from 1877 to 1884. He played a major role in defining the purpose of the temple in the work of redeeming the dead.

Elder Hafen is a native of St. George, Utah, where he was born in 1940. He left St. George as a young man to serve in the West German Mission. After returning home, he earned a degree in political science and humanities at Brigham Young University and a law degree from the University of Utah. His professional career was spent in the fields of law and education. In 1996 he was called to the First Quorum of the Seventy, where he served until he was released in 2010 and designated an emeritus General Authority. Also in 2010, Elder Hafen and his wife, Marie, were called to serve as the president and matron of the St. George Utah Temple. 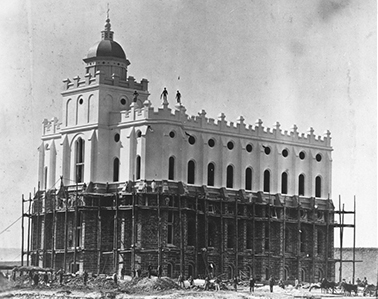