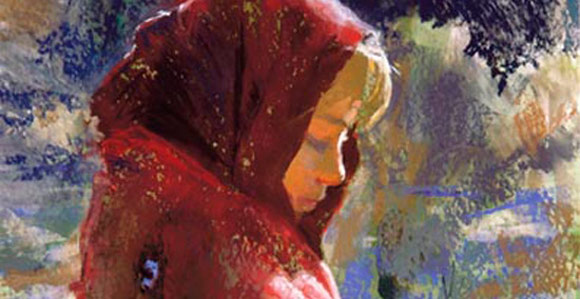 In 1856, Rhoda Rebecca Oakey was the last member of the Willie handcart company to die. Her story and the stories of others are told in the upcoming production, Faith, the Musical.

In August, members of the Cheltenham England Stake will travel 5,000 miles to unite with Saints from the South Jordan Utah Glenmoor Stake at the Conference Center Theater to produce Faith, the Musical.

The production follows the story of Thomas Oakey and his wife, Ann Collett, who in 1850, along with many early pioneers, were inspired by the preaching of Elder Wilford Woodruff, a missionary for The Church of Jesus Christ of Latter-day Saints. They joined the first group of 600 English converts in baptism.

Faith, the Musical,will be presented in the Conference Center Theater from August 4–13, 2011, in nine performances.

Much of the text was taken from the journals of Thomas Oakey and his family, which tell of their trials and triumphs as they crossed the Atlantic Ocean, traveled across the midwestern plains, and pulled a handcart through icy rivers to reach the Salt Lake Valley.

See pictures and listen to music excerpts from Faith, the Musical.

David Markham wrote the script and composed the music for the production.

“The Spirit was most present in my heart all through the creative process,” he said. “The music would flow from my mind onto the piano keys and into the composition. I hope those who come will be inspired and will recognize that this has come from our pioneer ancestors.”

Between 1850 and 1890, more than 100,000 members of the Church left the British Isles and Europe to answer the prophet’s call to “come to Zion.” The approximately 400 individuals of the Willie handcart company set out for Salt Lake City on July 15, 1856. By the time they reached their destination, they had suffered starvation, sickness, deprivation, and, in more than 60 cases, death.

Arranging to perform at the Conference Center has been more than six years in the making, said Jay Clark, producer of the event and a direct descendant of a member of the Willie handcart company himself.

“Sometimes things can be communicated in a theatrical setting that can’t be communicated any other way,” he said. “This is a good reminder of not only what those early Saints went through, but why. It didn’t alter their faith; it strengthened it.”

The Glenmoor stake is sponsoring the event. They are providing the choir and instrumental group as well as several actors, while members from England will act many of the lead positions.

The two groups have been preparing separately, using Internet video communication to correspond and view each other’s rehearsals. The Cheltenham stake is located near Gadfield Elm Chapel, the first known LDS-owned chapel in England and the meetinghouse where those newly baptized by Wilford Woodruff met until they sold the building to raise funds for their immigration.

“It’s been very challenging, but it will be very rewarding when we all meet together on stage,” Brother Markham said.

Blake Earl of the Glenmoor stake has been coordinating the efforts of the two stakes to put on this event.

Prior to each rehearsal, a member of the group shares a spiritual thought that reflects on ancestors or pioneer heritage.

“I think the biggest blessings have been the appreciation for the pioneers and the unification that has occurred between us [and the members in England] as we’ve worked on a common purpose, even seven hours apart,” Brother Earl said. “I hope those who come can see how the pioneers followed the living prophet and see that they can do that, too.”

“It's not all about the final event,” he said. “It’s the process we go through.”