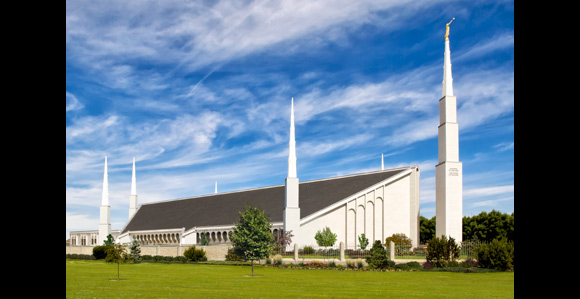 The First Presidency has announced open house and rededication dates for the newly renovated Boise Idaho Temple. The public is invited to visit the temple during an open house from Saturday, October 13, through Saturday, November 10, 2012, excluding Sundays. Free reservations for the open house can be made through www.boisemormontemple.org in the coming weeks.

The temple will be formally rededicated on Sunday, November 18, 2012, in three sessions.  In conjunction with the rededication of the temple, there will also be a cultural celebration featuring music and dance on Saturday, November 17, 2012.

The Boise Temple is the 27th operating temple of the Church’s 138 temples worldwide. It is one of four temples in Idaho, with others in Twin Falls, Idaho Falls, and Rexburg. A fifth temple in Meridian is currently in the planning and approval phase.

The temple closed in July 2011 for an extensive renovation of the grounds and the interior.  The variegated marble that characterized the temple’s exterior has been replaced with white granite. A new gold-leafed statue of the angel Moroni sits atop the temple’s tallest spire. The temple interior is fully renovated, with new finishes and furnishings.

While the Church’s 18,000-plus meetinghouses are open to all people who wish to attend religious services there, temples—after they are formally dedicated—are open only to faithful Latter-day Saints.

Latter-day Saint temples differ from the meetinghouses or chapels where members meet for Sunday worship services. A temple is considered a “house of the Lord” where Christ’s teachings are reaffirmed through marriage, baptism, and other ordinances that unite families for eternity. Inside, members learn more about the purpose of life and make covenants to serve Jesus Christ and their fellowman.