Angel Moroni Sculptor to Be Honored at Museum Exhibit 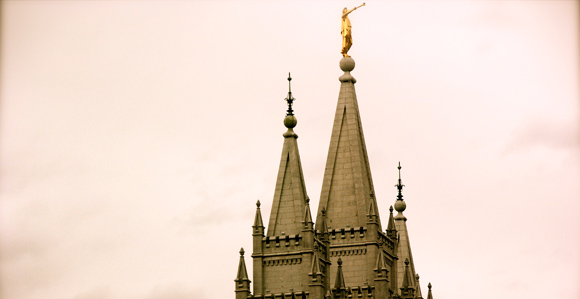 On Thursday, September 13, at 7:00 p.m. mountain daylight time, the Church History Museum will celebrate the 150th birthday of Cyrus E. Dallin, who is best known for his sculpture of the angel Moroni on the Salt Lake Temple and the Brigham Young Monument on Main Street in Salt Lake City.

Art and acquisitions curator Rita Wright will give a presentation at the event, which is free and open to the public. Following the lecture, attendees can participate in a walking tour around Temple Square to view and discuss some of Dallin’s art.

In addition to the lecture and tour, an exhibit of authorized castings of some of Dallin’s most significant work will be displayed in the lobby of the Church History Museum. These castings are being created by Richard Boyden with permission from the Cyrus E. Dallin Museum and will be for sale to the public.

Tickets and reservations are not required. The museum is located at 45 N. West Temple in Salt Lake City.

One of America’s most accomplished and respected 20th-century sculptors and art teachers, Dallin was born in Springville, Utah, in 1861, but his legacy reaches far beyond Utah.

His interest in art led him to Boston at age 19 and later to Paris, where he studied sculpture. He eventually settled in Arlington, Massachusetts, where he taught art for over 40 years at the Massachusetts College of Art and Design. He pursued and secured commissions for public sculptures around the country, and he is often credited for changing the perception of public art in America. He died in 1944.

Two of his most internationally recognized monumental-sized works are Paul Revere, which stands near the Old North Church in Boston, and the poignant Appeal to the Great Spirit at the Museum of Fine Arts in Boston. Many of his most admired works are monuments honoring Native Americans.