The Mormon Tabernacle Choir and Orchestra at Temple Square will present their annual concert held in conjunction with community-wide Pioneer Day celebrations.

The concert will be held on Friday and Saturday, July 14 and 15, at 8:00 p.m. in the Conference Center and will be conducted by Mack Wilberg, music director of the choir, and Ryan Murphy, associate music director.

On July 15, the concert will be streamed live on mormontabernaclechoir.org, the Mormon Tabernacle Choir YouTube page, ChurchofJesusChrist.org, mormonchannel.org, and BYUtv in English. It will also be broadcast over the Church satellite system in English, Spanish, Portuguese, French, and German. Closed-captioning will be available in English only.

It will also be live-streamed on the Mormon Channel’s YouTube language channels in Spanish, Portuguese, French, and German.

The concert will be archived for on-demand viewing in English immediately following the live-stream concert.  On-demand videos in Spanish, Portuguese, French, and German will be available by July 19 on motab.org/pioneerday.

Due to unavoidable and unanticipated scheduling conflicts with the filming of his current TV series, Christopher Jackson will be unable to join the Choir and Orchestra for the 2017 Pioneer Day concerts.

Alex Boyé, singer, entertainer, and YouTube artist, will now be the guest artist for the Pioneer Day concerts. Alex Boyé is known for his dynamic African-infused songs that have gained over 400 million views on YouTube. Recently named 2017 Artist of the Year and grand prize winner in a music contest sponsored by Pepsi & Hard Rock Cafe, he will be performing a half-time show for NFL's Monday Night Football this December in Miami.

He is a uniquely versatile artist with a style that appeals to all ages.  He has shared the stage with many notable artists including, Jay-Z, Tim McGraw, George Michael, Missy Elliott, Justin Timberlake, The Beach Boys, and opened for Olivia Newton John at the world-renowned Royal Albert Hall, fulfilling a life-time dream. As an innovative YouTube artist, Mr. Boye’s unique and creative videos have been featured on Good Morning America, Jimmy Kimmel Live!, and several Internet outlets. Alex has appeared numerous times as a choir soloist and on several CD recordings. Before earning fame as a solo artist, Boye was a member of the Mormon Tabernacle Choir where he honed many of the skills he considers crucial to his success. 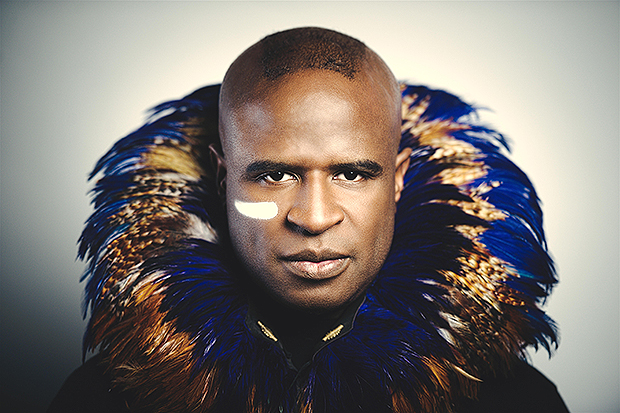 Alex Boyé, singer, entertainer, and YouTube artist, will now be the guest artist for the Pioneer Day concerts. Photo by Nate Bonney.

Stake technology specialists should refer to the broadcast schedule for additional information.

Free tickets for the concert are required. Admission to this event is limited to those ages eight and older.

The event is now sold out. Standby tickets for those without tickets will not be issued. However, patrons are invited to stand by for last-minute seating each evening. The standby line will form at the north gate on Temple Square at 6:30 p.m. for the evening performances.