2017 An Evening with Elder Gong

Elder Gerrit W. Gong of the Presidency of the Seventy will address Church Educational System personnel and stake and institute teachers and supervisors during a Church broadcast on Friday, February 17, 2017.

Elder Gerrit W. Gong of the Presidency of the Seventy will address Church Educational System religious educators and missionaries, S&I personnel, and stake-called seminary and institute teachers and their spouses during “An Evening with a General Authority” broadcast on Friday, February 17, 2017, at 6:00 p.m. (Mountain Standard Time).

The one-hour broadcast originating from Salt Lake City, Utah, will be transmitted over the Church satellite system and may also be viewed on the Seminaries and Institutes broadcast page. Shortly after the live event, a recording of the broadcast will be archived on ChurchofJesusChrist.org/si/broadcasts. That recording may be streamed or downloaded at any time. For available languages and other details, see the broadcast schedule. Recordings in all approved languages will be available by Friday, February 24, 2017.

Personnel also may view the broadcast at selected meetinghouses. The broadcast may be recorded for inservice training during the school year. Stake, mission, and district presidents are encouraged to make meetinghouses available for this program as requested. 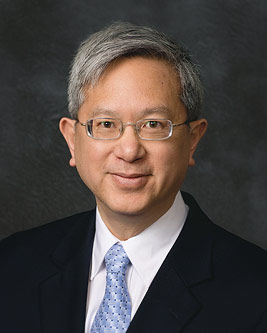 Elder Gerrit W. Gong of the Presidency of the Seventy