Catching the Vision: All Missions Bring Souls to Christ

For young adults, full-time proselyting missions and Church-service missions are more alike than they are different. 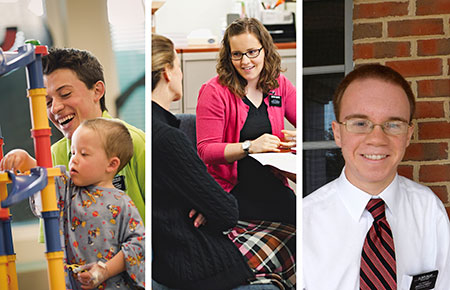 Photographs (left to right) by David Stoker, by Traci Rampton, and courtesy of Zalar family

Tristan and Tyler are 10-year-old twins with a disability known as Williams syndrome. Like the other one-million-plus children in the Church, they sing “I Hope They Call Me on a Mission”1 with their whole hearts in Primary. They eagerly look forward to serving missions in the future. While it is likely that Tristan and Tyler will not serve full-time proselyting missions, their contributions as young Church-service missionaries will be equally valuable in building up the kingdom of God.

More young adults are being called as young Church-service missionaries than ever before. How do we talk about these faithful missionaries in a manner that does not in any way belittle or negate them or their dedication?

1. All missions are based on service.

Sometimes we unnecessarily distinguish between proselyting and Church-service missions as if one kind of service were better than another. All missionary work is based on service. For this reason we sing “Called to Serve”2 in Church meetings and call young people and seniors to serve missions.

Elder Ryan Taylor was called to serve in California on a proselyting mission. When he became sick and had to return home early, he chose to trust in the Lord and serve as a young Church-service missionary at a nearby hospital. “When we get through something hard, we are better able to serve,” he says. He also taught a mission preparation class and helped other returned missionaries make the transition to being home after a medical release. While many think of missionary work as only proselyting, he says, “a mission is a commitment to the Lord. It’s accepting the call to serve.”

Elder Levi Riter’s patriarchal blessing said that his musical ability would increase as he played for older people. His blindness didn’t hinder his ability to play the piano at various veterans homes as a young Church-service missionary. Many of the veterans had Alzheimer’s disease, but Elder Riter says that as he played hymns, it helped bring back memories—and they sang.

Remember that whether they are playing the piano for veterans, teaching a family the gospel, or associating with children at a hospital, all missionaries are “only in the service of [their] God” (Mosiah 2:17).

2. All missions are life changing.

All missionaries return from their missions with life skills, developed talents, and greater perspectives.

Sister Altheda Geurts and Elder Matthew Zalar have medical conditions that require them to live near specialized doctors. That did not inhibit their ability to serve the Lord as young Church-service missionaries and build up the kingdom of God. Sister Geurts decided that she would rather serve to the best of her ability than not at all. She served as an office assistant in the Washington D.C. North Mission. Elder Zalar, whose full-time proselyting mission was cut short by the effects of his chronic illness, later served as a temple worker and special assistant in the Virginia Richmond Mission. Serving missions has helped these two young adults recognize their ability to serve the Lord even while facing health challenges.

Missions are known to change missionaries for the better. Elder Carlos H. Amado, an emeritus member of the Seventy, said, “The more we give of ourselves, the more our capacity to serve, understand, and love will grow.”3

3. All missions are commitments to the Lord.

All missionaries make commitments to the Lord to serve with all their “heart, might, mind and strength” (D&C 4:2). At times, they and their families are asked to make sacrifices. Sacrifices do not come only in the form of knocking on doors in the rain.

Elder Adam Moss always wanted to serve a full-time proselyting mission and was thrilled to enter the missionary training center. A week into his mission, however, he began struggling with anxiety and depression and was honorably released. He prayed to the Lord, “I still know You’re there. I’m not going to leave the Church.” He then felt prompted to talk to his bishop about the possibility of fulfilling a Church-service mission. He says that Heavenly Father has watched over him and that he wouldn’t “trade [his Church-service mission] for anything.” Elder Moss says he admires young Church-service missionaries because he feels they are saying, “I’m not going to give up. I’m going to continue serving.”

4. All missions bring souls to Christ. 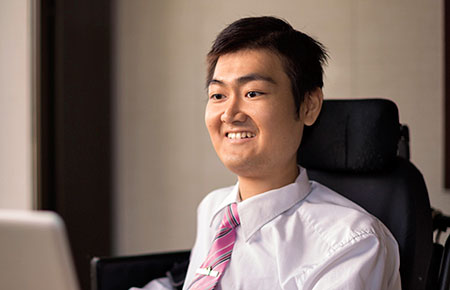 All missionary work is focused on bringing souls to Christ.

When the Ito family moved from Japan to Utah, Tatsu Ito, who had spinal muscular atrophy, decided to serve as a young Church-service missionary. Tatsu’s younger brother, Dan, “could see how [Tatsu] was changing” during the mission and knew that Tatsu was truly “preparing to return to heaven.” When Tatsu passed away in early 2013, Dan, who also has spinal muscular atrophy, went to the temple and felt prompted to ask if he might be called to complete the same mission Tatsu had been serving before his passing. Dan was blessed to be able to do so. He served on the ChurchofJesusChrist.org response team and reviewed “I’m a Mormon” profiles in Japanese. He says he is also “a representative of God in everyday life.” If someone has problems, he is “always happy to listen to them, and encourage them to go to their bishops, and give them a blessing.” While Elder Ito’s mission did not have a proselyting routine, he says that he absolutely felt that he was a missionary and accountable for his choices. He says that his mission helped “increase [his] willingness to serve more every day.”

When President Thomas S. Monson made his historic announcement in October 2012 lowering missionary-age requirements,4 Sister Jessica Wixom thought that the young Church-service missionary program was only for members with physical or intellectual disabilities. She assumed that, as someone with anxiety, she would not be able to serve a mission. However, she was able to serve with the addiction recovery program sponsored by LDS Family Services. Her missionary service brought souls to Christ by teaching them of the power of the Atonement. Sister Wixom’s testimony of the Atonement grew as she visited jails and spoke with incarcerated men and women. “I’ve seen so many people change,” she says. “Heavenly Father loves His children.”

Missionaries who have assignments that are temporal in nature, such as working at a bishops’ storehouse or maintaining Church facilities, also bring souls to Christ by building His kingdom.

5. All mission calls are from the Lord.

All of these young Church-service missionaries bore testimony that their calls came from the Lord.

Elder Levi Riter encourages future young Church-service missionaries to “hold on to hope” and reminds them that the Lord “will make the call. He wants you to serve Him.” Elder Ryan Taylor testifies that serving a mission is “being a part of something positive and Christlike and edifying.” Elder Dan Ito says, “I know Heavenly Father chose me to serve.”

Elder Matthew Harding served in his home stake as a missionary. He was thrilled to accept the call to travel with his father, a member of the high council. Although Elder Harding cannot talk, he shakes hands and shares his love with everyone he meets. His stake president says that when he extended the call, “the Spirit confirmed” it. “We knew [it] was from above.”

Every Member Is Needed

All missionary work is the Lord’s work. Young Church-service missionaries are valuable and needed. “The body [of the Church] hath need of every member, that all may be edified together” (D&C 84:110). Through their devoted labors, young Church-service missionaries bless many lives as they build up the kingdom of God. Indeed, the Church needs such consecrated offerings of service from each and every one of us.

With the variety of mission opportunities available, the desires of young adults to serve missions can be realized even when a full-time proselyting mission is not an option. Whatever the particular mission, young Church-service missionaries are given many opportunities to help move the Lord’s work forward.

Other aspects of the young Church-service missionary program to be aware of include the following: