A Different Kind of Harvest 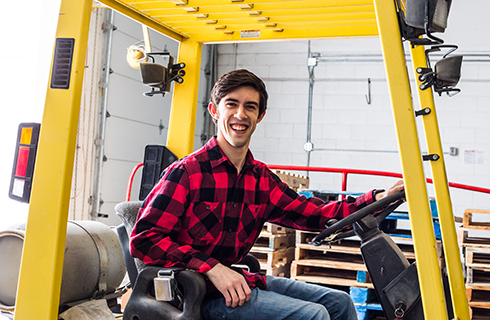 Most missionaries are familiar with the scriptural metaphor of the harvest: “For behold the field is white already to harvest; and lo, he that thrusteth in his sickle with his might, the same layeth up in store that he perisheth not, but bringeth salvation to his soul” (D&C 4:4). But for Phillip Cleveland, that scripture became a literal description of his missionary service.

Shortly after graduating from high school, Phillip, along with his twin brother and older sister, submitted his paperwork to serve a full-time proselytizing mission. However, because of some physical challenges related to cerebral palsy, Phillip did not receive back a mission call. Instead he was given a few options—he could accept an honorable release from mission service due to his health, keep working through his medical issues and reapply in a year, or consider serving a young Church-service mission.

After some initial surprise at the response, Phillip knew what he needed to do. He didn’t want to miss his chance to serve a mission, and he was mentally and spiritually prepared to serve immediately. So he needed to learn more about a young Church-service mission.

His stake president talked him through the process. He could serve near his home in northwestern Washington State, or he could see what was available in other locations. After looking at several options, Phillip decided to live with his grandparents in Idaho Falls, Idaho, and alternate his time between the cannery and the Church welfare farm. When the cannery closed a short time into his mission, Phillip dedicated most of his young Church-service mission to working on the farm.

Because Phillip wanted to gain as much from his young Church-service mission as he could, he set some very high standards for himself during his mission. In addition to the 40-hour workweeks on the farm (which turned into 60- to 80-hour weeks during the harvest), he also maintained his personal scripture study, attended the temple weekly, and often went out with the proselytizing missionaries in the evening to teach. He also limited his communication with his parents and siblings to weekly emails as much as possible. 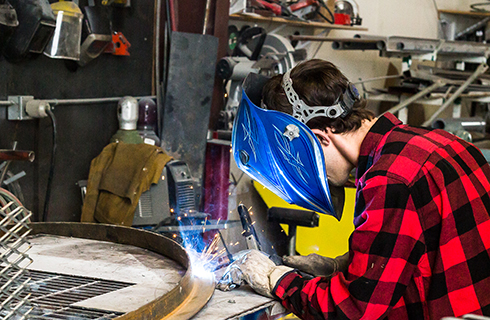 At first Phillip wondered why his mission didn’t involve teaching people the gospel. But as he continued his work on the farm, he came to understand that this was where the Lord needed him. The work was a challenge, but it strengthened him physically. With his jeans, T-shirt, boots, and name badge in place, Phillip moved pipes, cleaned out sheds, maintained machines, and performed many other jobs around the farm. The physical labor was tough, but he found that his service was every bit as important as teaching the gospel. Not only was he helping the Church provide for the temporal needs of others—something he hadn’t fully understood before his mission—but he taught by example as he interacted with others during his mission.

The scripture on Phillip’s missionary plaque exemplifies his attitude about his mission: “For he that diligently seeketh shall find; and the mysteries of God shall be unfolded unto them, by the power of the Holy Ghost” (1 Nephi 10:19). Though his mission wasn’t what he had anticipated, he turned to the Lord for understanding and learned that the literal harvest he participated in during his mission was the harvest that helped him bring salvation to his soul. 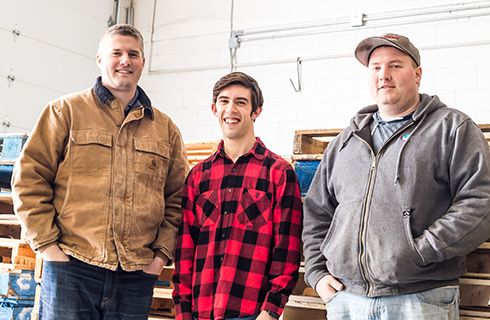