Serving as a missionary couple may be more flexible, less expensive, and more joyful than you think. 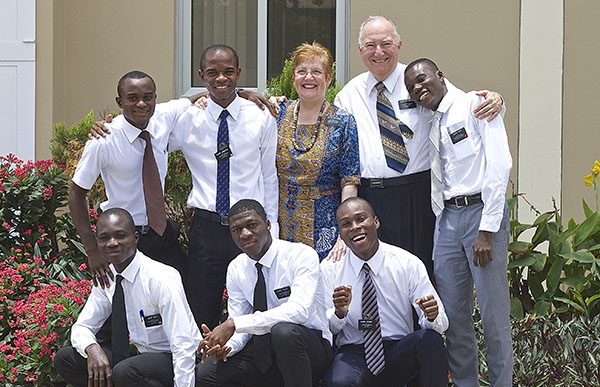 “Can you come and help?”

It’s a question Gerald and Lorna Malmrose of Washington, USA, had answered before. They said yes when their former bishop, then a mission president, asked if they could serve with him in the West Indies. They said yes again when their stake president called them to fulfill a service mission at Church headquarters in Salt Lake City, Utah, USA, working with computers and human resources.

When their former bishop and mission president, Reid Robison, called again, this time as president of the missionary training center in Accra,Ghana, he asked if the Malmroses would help once again.

“We knew we could trust the Lord,” Elder Malmrose says. “So we decided to trust Him again.” They said yes, completed their recommendation forms,received their call, and soon were in Ghana.

Serving as a Couple
The Malmrose's experiences demonstrate some principles about senior couples serving missions that may not be widely understood:

For example, President Robison knew that Elder Malmrose speaks French,helpful because many Africans speak French. “I had envisioned him being involved in travel and working on visas,” President Robison says. “But when he got here, I sensed that wasn’t his true interest. So I invited him to use his computer skills. He has saved us hours and hours.” Elder Malmrose also helps missionaries, especially French-speaking missionaries, prepare names and do temple work for their families. Sister Malmrose, a certified medical assistant, was assigned to work with the mission doctor and nurse.

He Prepares the Way
Like the Malmroses, other couples find that when they trust the Lord, He prepares the way. That’s what happened for Alvin and Corazon Rieta of Kawit, Cavite, in the Philippines. 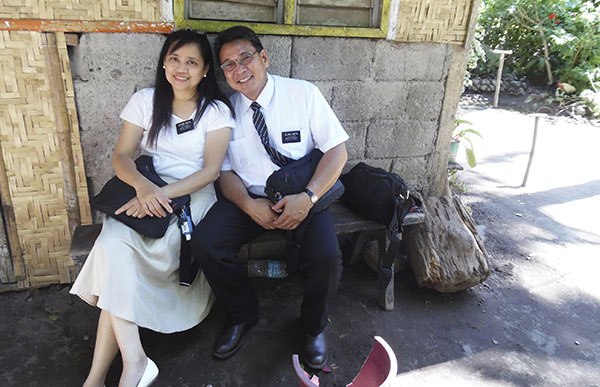 “Two years prior to our decision to serve, we began putting into place firm plans for our family business,” Elder Rieta explains. “Our son and daughter had graduated from college and could take over for us, but we wondered who would solve business problems and how our clients would react to our plans.”

Sister Rieta was also concerned about leaving her aging mother. “I was afraid we might lose her while we were away,” she says. “I also felt unequal to the challenge of teaching the gospel.”

They counseled with their bishop and with a couple who had recently served in Davao. “All of them bore strong testimonies that the Lord would guide each couple to know how to deal with their affairs at home, their family, and the funds for their mission,” Sister Rieta says.

“As we sought guidance,” Elder Rieta says, “our fears were addressed—our business went well in spite of challenges, our clients expressed joy and support, and our family drew closer together in taking care of our sick mother. We began to understand that the Lord truly would help us.”

The Rietas now serve in member and leadership support in the Philippines Cagayan de Oro Mission.

A Lot You Can Do
Some couples wonder about physical limitations, but not Keith and Jennilyn Mauerman of Utah, USA. Years ago, four months after they were married in the Los Angeles California Temple, Keith was drafted and sent into combat. An airborne squad leader, he was walking ahead of the other soldiers when a land mine exploded. He lost both legs. When he arrived back home, Jennilyn rushed to his side.

“I knew I didn’t have to worry,” Keith says, “because we have an eternal marriage. My wife has supported me all along. She still sustains me everyday.” 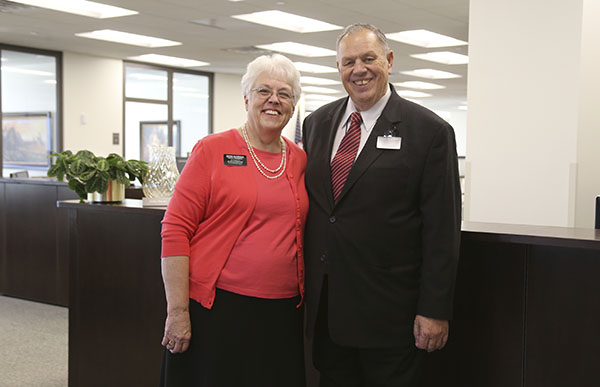 When Sister Mauerman retired, they decided to serve a mission. But would Elder Mauerman’s being a double amputee cause a problem? “There are always things I can’t do,” he says, “but there are so many things I can do, we knew there would be a place for us.”

While completing their recommendation forms, he checked a box indicating he had served in the military. Soon they received a call from Church Military Relations. “I had an ID card that would allow us to enter military bases, so they asked our permission to recommend us for a military relations mission.”

The Mauermans were called to serve at a military base in North Carolina, USA. Elder Mauerman recalls: “The sign at the gate said ‘Fort Bragg, Home of the Airborne.’ When the guard greeted us with the airborne motto ‘All theWay!’ it was the first time I had heard it in years. It felt like home, even though I had never been to Fort Bragg. I knew our mission call was a perfect fit and that the Lord is mindful of me.”

“We taught lessons about becoming self-reliant and resilient and about strengthening marriage,” Sister Mauerman says. “Initially we didn’t want to share our story, but we found that sharing it made all the difference.Soldiers and their spouses looked at us and said, ‘If you can do it, we can too.’”

The Mauermans had such a positive experience in North Carolina that they asked to serve again. Today they travel about 40 miles (64 km) from their home in Orem to Salt Lake City two times a week to serve in the Church Military Relations office. They also teach senior couples at the missionary training center in Provo, where they find that just about every group includes somebody who has overcome obstacles in order to serve.

“I wasn’t really planning to bring it,” Sister Romrell says, “but Elder Romrell was inspired to, and it’s amazing to see what it’s done. As we teach investigators and work on reactivation and fellowship, it’s fun to use it to get people to sing hymns. We learn the language, and the hymns bring a strong spirit with them.” 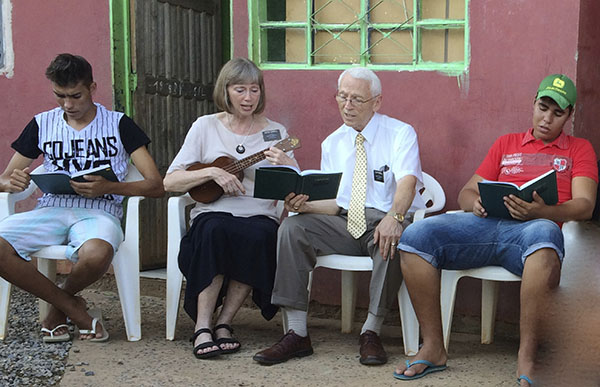 Even though her Portuguese skills are still developing, she is already fluent in music. “Music brings people together,” she says. “Even if I can’t understand everything they say during a visit, when we sing, we connect.”Invited to speak in schools about the American holiday of Thanksgiving, the Romrells sang hymns of gratitude—accompanied by ukulele. And Sister Romrell also uses a more conventional instrument, the piano, to accompany hymns at church.

Serving at Home
Paul and Mar Jean Lewis from Utah had already served three missions together (Palmyra New York Temple; Hong Kong China Temple; and Croatia, Serbia, and Slovenia with seminaries and institutes). They were preparing to serve another when their stake president asked, “Would you be willing to serve right here in our own stake, supporting the mission we live in?” 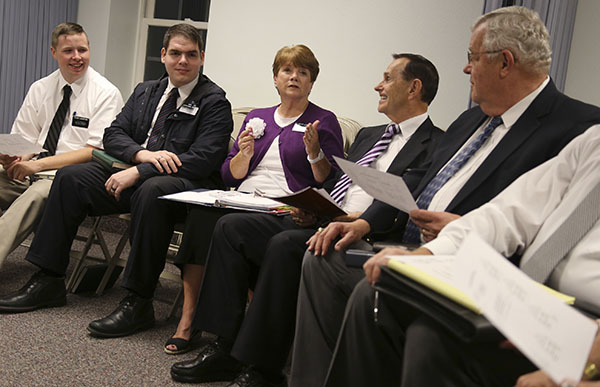 “We’re new here, so it was a wonderful opportunity,” Sister Lewis says. “We serve with the young elders and sisters, have a close association with the mission president, go to district and zone meetings, and work with ward mission leaders.” They also visit investigators and those who are less active.

“We have met wonderful people we would never have known otherwise,”Sister Lewis says, “including some who have drifted off the path. To see them come back, receive ordinances, and go to the temple is a wonderful blessing.”

“Many couples, when they think about serving a mission, are worried about what they’ll do with their home and their car or what they’ll miss out on with their family,” Elder Lewis says. “We’ve been able to live in our own house and drive our own car. We are encouraged to go to family activities,as long as they don’t interfere with missionary responsibilities. And we were even here for the birth of a grandchild.”

Family Blessings
On the other hand, Jill and Kent Sorensen, who are from the same stake,say one of the best ways to strengthen their family has been to serve away from home. Sister Sorensen says, “One of the main excuses couples give for not going is grandkids, married children with struggles, daughters expecting babies, aging parents—you name it. Family is a priority, and you miss them every day. But going on a mission sends a powerful message that missionary work is important too.”

Besides, Elder Sorensen notes, “there are so many ways to keep in touch now that you can check in all the time.”

The Sorensens’ missionary journey began three years ago, when their bishop asked them to host monthly firesides for couples contemplating missionary service. “After talking about it constantly,” Sister Sorensen says,“we had to go ourselves!” They received a call to serve in the Cook Islands,where Jill’s grandparents served 50 years ago. 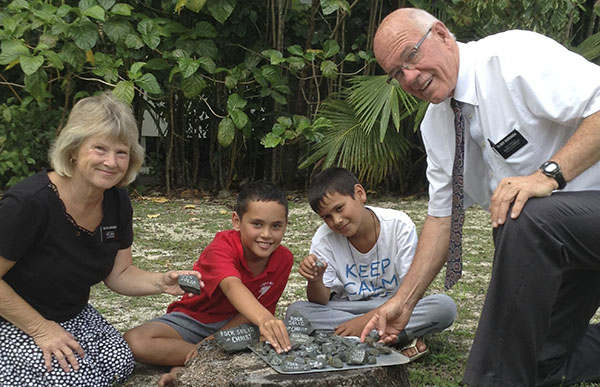 Today, among other duties, they are asked to teach Bible classes in schools.

“We talk about Christ being the rock,” Elder Sorensen says. “We give the students a small rock and encourage them to remain rock solid in Christ.Now everywhere we go, people say, ‘Rock solid!’ when they see us.”

Come and Help
If you are contemplating a full-time mission or a Church-service mission, all of these couples would ask you the same question President Robison asked Gerald and Lorna Malmrose: “Can you come and help?” And they will tell you that, no matter how you participate, this promise is sure: You are needed, you can contribute, and you will be blessed and loved.

“We need many, many more senior couples. … Make yourselves available. … There are few times in your lives when you will enjoy [so much] the sweet spirit and satisfaction that come from [serving] together in the work of the Master.”

"What You Want Me to Be"

“When I think of the great need for senior missionaries, I always think of that beloved hymn ‘I’ll Go Where You Want Me to Go’ (Hymns, no. 270) and its message, ‘I’ll be what you want me to be.’”

Elder Dallin H. Oaks of the Quorum of the Twelve Apostles.

“Our message to all of our mature couples is simple: we dearly need you. We are doing everything we can to make it as convenient as possible for you to go. … The times cry out for it. There are people who need you. Please—go.”

Many Ways to Serve 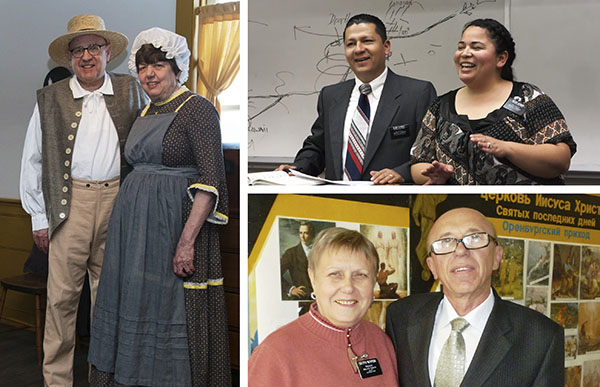 View current opportunities,hear from those currently serving, and find answers to questions at ChurchofJesusChrist.org/callings/missionary.

Easier Than Ever
Flexible policies make it simpler for couples to serve.