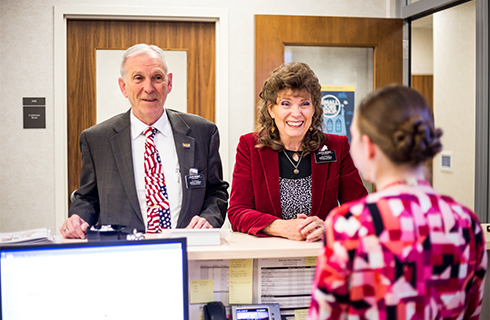 Elder Kent and Sister Selma Wright were working three days each week at the Jordan River Utah Temple when the news came that the temple would be closed for an extended period.

“We were looking for something to do,” says Elder Wright. “Sitting at home is not something we do well.”

They considered a proselytizing mission, but it didn’t feel right at the time. After attending a Church-service mission open house, Sister Wright says, “We were moved by the Spirit.” They accepted a call to serve with young Church-service missionaries (YCSMs) in the Church Office Building in Salt Lake City, Utah. The Wrights coordinate and facilitate the service of YCSMs who assist with the day-to-day operations of the departments at Church headquarters. 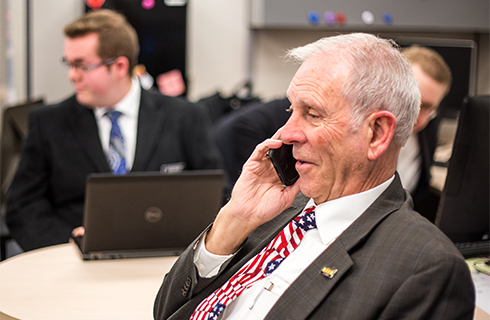 When the Wrights started their mission, there were 18 YCSMs serving. Now there are upwards of 60.

The Wrights met not long after Elder Wright returned from the Vietnam War. They both knew immediately that they were “Wright” for each other. They were not active early in their marriage, but there was a longing for something better. “Something wasn’t right,” Elder Wright says. “I knew I needed to change something. When I told Sister Wright, ‘We need to go to Church this Sunday,’ she about fell over.”

The Wrights have five married daughters, 24 grandchildren, and 10 great-grandchildren. “Serving a Church-service mission is flexible, so you can arrange to attend family events,” says Sister Wright. They are able to attend family members’ dance recitals, school programs, and ball games regularly.

When asked if a Church-service mission is worth the sacrifice, Sister Wright replies, “Are you kidding? It’s not a sacrifice. We have been tremendously blessed. The whole family is blessed. When you serve the Lord, He blesses you in ways that you don’t even know.”

“The results have been truly amazing,” concludes Elder Wright, referring to the miraculous transformations they’ve seen in missionaries’ lives. When their 18-month mission was nearing its close, they signed up for another 18 months. “We just couldn’t leave these missionaries. We love each and every one of them,” Sister Wright says.

Learn more about serving a Church-service mission, and see if it’s the right choice for you. Explore opportunities today. 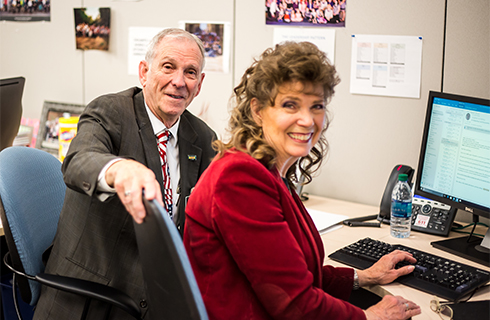