Personally Called to the Work 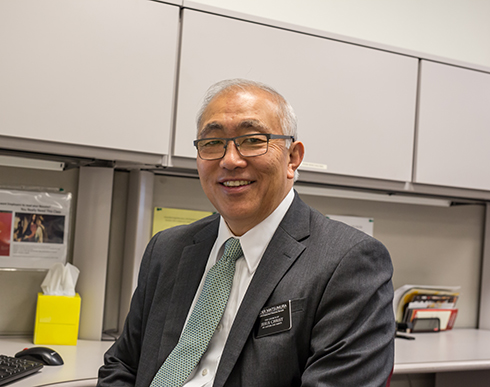 A month ago, shortly after celebrating his 62nd birthday, Jimmy Matsumura of Taylorsville, Utah, received a letter from his stake president. It wasn’t exactly unexpected.

Dear Brother Matsumura:
We are pleased to extend to you a call to serve as a Church-service missionary beginning January 1, 2016.

May the Lord bless you as you humbly and prayerfully serve in this important work.
Sincerely,
Jimmy Matsumura
President, Taylorsville Utah South Stake 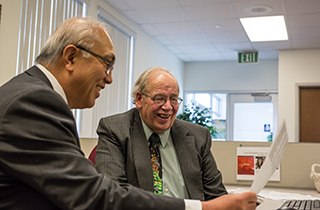 He had what might be called inside information that the West Valley Utah Employment Resource Center, not far from his Taylorsville home, was in need of an employment specialist.
“So I assigned myself to do that,” he said.

The premission interview with his stake president went surprisingly well, he reported. “I don’t know if I asked all the right questions, but I had all the right answers. I’m pretty easy on myself, so it probably wasn’t as tough as it should have been.

“I just decided this would be a great opportunity to use the time available to me. I have a lot of things to be better at and to grow and strengthen my own life. There’s only one way to do that, and that’s to serve the Savior in some capacity.

“If I don’t stay engaged, I’m going to find myself losing any ground I might have gained. When you’re engaged in something worthwhile, you just tend to grow and develop in ways that sometimes surprise us. I’ve found that when I do that my life just goes better.

“I’m looking forward to this.”

Brother Matsumura said his wife, Janis, will continue working full time while he embarks on his stay-at-home mission. After that? “I sure would like to go on a mission with her,” he said. “I don’t have any fantasies that I’m going to change the world. I’d just like to contribute. Wherever you serve and wherever you’re at, there’s nothing too small or unimportant.”