Conversions and Experiences with the Spirit

Aaronic Priesthood leaders and young men from around the globe share their conversions and experiences with the Spirit. 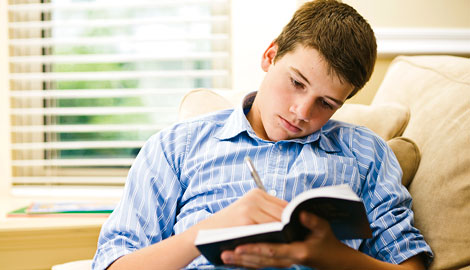 Marcus Vanderholm is a priest in the Wenatchee Washington Stake. Once a month, he and his quorum make individual plans to fulfill their duty to God. One month, his plan for his duty to “invite all to come unto Christ” (D&C 20:59) was to invite someone to youth conference. The youth conference approached quickly for Marcus. The day before the activity, Marcus fulfilled his commitment to extend an invitation. During school lunch, he told his friends about the youth conference and asked if anyone wanted to join him. To his surprise, his friend Jesse said, “I want to go.” The youth at the conference reached out to Jesse and helped him feel welcome. Jesse felt their love, and he also felt the Spirit. On the way home, he asked Marcus for a Book of Mormon. The night he received the book, Jesse read all of 1 Nephi. His testimony began to grow, and he started meeting with the missionaries. His mother was not supportive of his desire to join the Church. However, Jesse still felt the truthfulness of the gospel, and he continues to attend Church meetings even though he cannot be baptized. In a science class, he shared his testimony of the Book of Mormon with his friend Kelly, who then agreed to participate with Jesse and Marcus in the next meeting with the missionaries. Two weeks later, Kelly asked Marcus to baptize him. And Marcus recently baptized another young man in their ward who comes from a part-member family. Many lives have been blessed because Marcus made a plan to “invite all to come unto Christ” and was willing to share the gospel.

Tommy Walter moved into the town of Wilsonville and became acquainted with many youth who were LDS. One Sunday in bishopric youth committee meeting, Bishop Willis suggested that Tommy be invited to one of the activities being planned. The youth said Tommy may not be ready and perhaps needed a bit more time.

That week Elder Parkinson and Elder Layton, full-time missionaries, knocked on Tommy’s door.  Tommy mentioned he had several LDS friends and invited them in. Tommy felt something special during his meeting with the missionaries.

Tommy began coming to Sunday meetings, early-morning seminary, and to Mutual activities. Bishop Willis said: “Tommy’s presence made us all want to be better. We wanted to be good examples. He helped us focus on the gospel and the precious gift we had in our lives. Watching Tommy accept the gospel helped the youth realize what they had. He brought out the best in us, and a stronger bond developed within the priests quorum because of Tommy.”

When asked what made the difference in Tommy’s conversion, Bishop Willis mentioned the following:

Tommy’s experience created an incredible bond within the quorum. After Tommy’s baptism, the quorum stayed close and helped each other prepare for missions. Tommy is serving in the Texas San Antonio Mission-Spanish.

At Christmas time, all the missionaries serving from the Wilsonville ward wrote a letter with their testimonies to be read during sacrament meeting. When Bishop Willis read Tommy’s letter, he was again reminded of the great testimony of Christ that Tommy Walter has. “Tommy helped bring a ward and a priests quorum together. Tommy’s presence made us all better. He brought out the best in us.”